Physical Conversations between the East and West

This article reviews an arts based project that came to completion in Shanghai during September 2017.  During this project, a group of people interested in creative arts therapies from the USA and China used physical storytelling (PS) from both Eastern and Western perspectives to investigate the emotional climate of our contemporary world. In this project, participants introduced stories related to their current life experiences and a small group developed dance improvisations as an initial response to the stories. A larger group then used arts and poetry to express their reflections – leading to the development of metaphors that moved beyond the initial story material to express multiple personal and social aspects not apparent in the initial narrative. As this project was collaborative in nature, several common themes and images emerged. Although initial episodes introduced the theme of individual struggle, this expanded into a metaphorical exploration of general human struggle with larger social and natural forces. The final episode included movement, arts and fairy tale images that suggested a developing creative partnership between the East and West.

Our contemporary world is developing a rapidly escalating complex emotional climate. Current news accounts highlight several issues that contribute to such an escalation and include controversies about climate change, numerous political conflicts, the widely acknowledged negative effects of communicating via the internet and social media and growing unease in many countries’ economic and political relationships.  In this project, a group of dancers from China and the USA came together to use physical storytelling in an arts-based inquiry which would investigate the personal experiences and commonalities we felt we may share in this present social context. We had one central question that we wanted to address – what does it feel like to live in the world today? As each of us came from different cultures and did not share a common primary language, however, a second question emerged; how could we communicate our personal experiences to one another within the group?

Arts based inquiry (McNiff, 1998, 2013, Ledger & Edwards, 2011, Hervey, 2000, Moon, 1997, & Leavy, 2015) involves using artistic methods for gathering, analysing and presenting findings of a central question or point of interest. These authors conclude that arts processes are central to every part of this style of inquiry and are not merely an illustration of other verbal methods. (Edwards, 2016) has proposed that arts based research processes introduce an important area for development within the field of creative arts therapies.

When using arts based inquiry, researchers follow a creative process in order to investigate areas that are not easily described verbally but are related, instead, to the personal and emotional experiences of those involved in the project. In using such an arts based process, researchers often begin with a specific area of interest. The main questions subsequently emerge through the reflections of artistic expressions produced in response to this initial area of interest often in a non-linear manner. The basic assumption of such research is that important artistic expression can be produced when researchers have a close personal experience with issues being investigated within the project and that such an expression enhances the participants’ overall awareness of their area of study.

When researchers use this process, care is required to clarify such expressions by using a process of ongoing creative reflection to refine final results in order to find aesthetic relevance, to communicate the complexities of subjective experience with universality, and to help the methods fit the questions asked (McNiff, 1998, 2013). Through this project, we assume that the creative metaphors of our improvisation accurately reflect our cross-cultural experiences with each other in this current world climate and that such clarity will contribute towards a more general understanding of the inner emotional world that many others now find themselves moving through. To this end, we used several modes of expression as reflective processes to better refine our expressions.

Patricia Leavy (2015) describes the main strength of arts based inquiry as providing an avenue to address questions that cannot be answered in any other way. As the arts are based on metaphor, artistic expressions can reveal multiple realties at the same time. According to Leavy, dance can be used to explore an emotional and embodied aspect of experience. By using dance improvisation as an initial expression of extending the verbal material we began with, our goal was to subsequently develop new metaphors that would connect our physical and emotional experiences with our verbal reportage of events that had personal significance.

One of the outcomes of arts based inquiry is that the connections between personal experiences (or micro level) can be related to a larger context (or macro social level) through the metaphors we co-created. Within these improvisations, such possible connections between our physical and emotional experiences and the larger world context offer a means of viewing how our subjective day-to-day lives fit within a larger contemporary social climate. These characteristics of an arts based inquiry are well suited to meet the goal of the current inquiry in making sense of the present day world among participants who do not share a common primary culture.

The main activity of Physical Storytelling (Harvey & Kelly, 1991, 1992, 1993, 2016, 2017a, b, & Kelly 2006) involves a small number of dancers creating movement improvisation in response to events that have been presented verbally. This form has emerged from contact improvisation (Pallart, 2008), Playback Theatre (Fox, 1994) and from authentic movement (Pallaro, 2007). The goal of such movement is to explore the interactive dynamics associated with interpersonal context in a physical sense and to uncover the emotional themes which underlie more concrete actions presented within a verbal narrative. Dance improvisation is used in this way to illustrate a “story under and within the story” (Harvey & Kelly, 2016) by providing an audience with a moving screen that can stimulate their active imagination through a process of projecting elaborated responses of the verbal material onto the physical interactions of dance. Often such projections and images relate to emotional material and creative responses which have not been apparent in the initial verbal presentation. In Physical Storytelling (PS) improvisational dance is used to transform the performance from a literal representation of an event into a much more abstracted metaphorical movement that can reflect multiple meanings connected through a dancer’s shared physical presence.

PS has been presented more completely in earlier articles (Harvey & Kelly, 1991, 1992, 1993, 2016, 2017a, &Kelly, 2006). For those readers who have difficulty accessing this material, Harvey & Kelly (2017b) have recently presented PS in a podcast available at http://www.mindyourbodydmt.com/21-physical-storytelling. Only a brief review of elements used in this project will be reviewed here.

The components of PS  include a leader (conductor) and an ensemble of movers who are familiar with interactive dance improvisation. The role of the conductor is to listen, to support and to help the tellers as they present their story.  In this project, individual participants were asked to present a verbal narrative about their experiences of the contemporary world. The conductor then organized a movement improvisation using casting and presented a score or basic structure to fit the verbal narrative. Following this, the conductor guided the group in producing arts-based responses (both in art and poetry) to the movement improvisation to express their experiences witnessing the movement immediately following the dance.

PS uses basic improvisational structures to help connect dance improvisation episodes to a verbal narrative and to allow the dancing to become be more organized and visible for an audience. These structures are identified as scores. The scores used in this project include:

Solo and Solo with a prop (E.g. Scarf). In this score, a single dancer performs a solo improvised movement. A prop such as a scarf can be used.  Within PS, the mover uses his/her awareness of their physical experience to generate the dance in a moment-to-moment fashion rather than try to follow any intellectual or prearranged structure to mimic or pantomime the verbal narrative. Both the solo and solo with a prop are useful ways of making a visual or sensual metaphor from verbal stories that include several people and events. A solo dancer’s changing improvised movement qualities can become a representation of the felt emotional qualities that underlie an initial verbal narrative despite the number of characters involved in the initial telling.

Three Stops. In this score, three dancers improvise movement interactions with each other and come to complete stillness together on three occasions. The last stillness defines the end of the dance. During each period of stillness, the dancers use their new shape to change their movements by using the new physical sensation drawn from their still shape to develop a different overall dynamic in the scene that follows.

Three Solos. In this score, three dancers enter the dance space with each taking a unique still shape. The dance then proceeds as each dancer improvises solo movement around the other two dancers who remain in stillness. The order of the solos is not preset but is part of the improvisation. The scene ends when the final solo is completed.

Duet. This dance involves two dancers developing an improvisation using the qualities of their physical interactions as a way of guiding their movement. The duet can be used with stories relating to the inner thoughts and dilemmas of an individual protagonist.

Fairytale. In this structure, one or two dancer/s perform(s) an improvisation while another improvises a verbal fairytale in response to the movement. The goal of this score is for the poetic and movement improvisations to develop a unified joint expression that incorporates both a verbal and a nonverbal modality. The ending place is not preset but emerges naturally. The goal of the fairytale is not to produce an allegory of the verbal story but rather to create an abstract improvised form that intertwines both movement and verbal imagery from which the audience can use their imagination to find new personal connections. The Fairytale form is best used for stories that are complex or do not have a clear plot structure – such as dreams or highly emotional events. The Fairytale structure can also be used to summarize several narratives and is often used at the end of a series of dances.

Using group active imagination through projection onto the movement:

Another important element of PS is encouraging the audience to use their active imagination while watching the movement improvisation and to express what they see or feel in response to this movement. This part is seen as essential to developing an “exquisite communication” (Kelly, 2006) between the dancers and those watching – a communication that goes beyond the more typical performing to an audience. The goal of the PS is for the dancers to become a physical/emotional screen for the watchers – enabling them to become actively aware of their own experience while witnessing the dance. In this project, after each improvisation the audience responded using art and poetry using their primary language. These responses were shared in a process in the larger group and within the smaller groups. 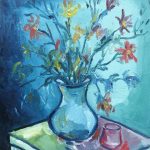 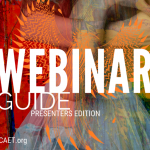