With the outbreak of the coronavirus epidemic in China and spreading out to the world, the public and academics have been discussing the attack of this “new type” of virus on human species and how we can react at biological, social, and economic levels in order to go through this crisis, which started in the late 2019. Yet, examining this issue from different and macro perspectives, we can consider the virus to be acting as the messenger among art and science, human beings, and nature.

So much has been clarified about coronaviruses and other viruses in biology. Viruses are tiny infectious agents that replicate only inside the living cells of an organism, and they have been described as the “miracle biomolecules at the edge of life” (i.e., between life form and non-life form) (Koonin & Starokadomskyy, 2016). Viruses can infect all types of life forms, from animals and plants to microorganisms. They are considered as non-organisms since they cannot survive outside the host systems they infect. However, such interpretation of viruses based on its dependence on hosts is rather subjective and biased. As the matter of fact, nearly all living forms or organisms are dependent on their living environment and other surrounding systems and processes to provide raw materials or energy (photosynthesis etc.), without which they cannot survive independently. Hence, although human beings are considered the organism, we can also be classified as “parasites/viruses” within some other systems. 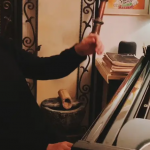